Moving a company out of the Netherlands 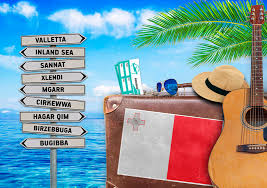 As the holding company was incorporated under Dutch law, but now registered in Malta, it will be considered as a tax resident of both the Netherlands and Malta on the basis of their respective tax laws. This means that they will be subject to tax in both countries and are confronted with double taxation.

Luckily the Netherlands and Malta have concluded a treaty for the avoidance of double taxation with each other. This tax treaty decides that in this situation only one country can tax the holding company. This is the country where the company has its effective management: Malta.